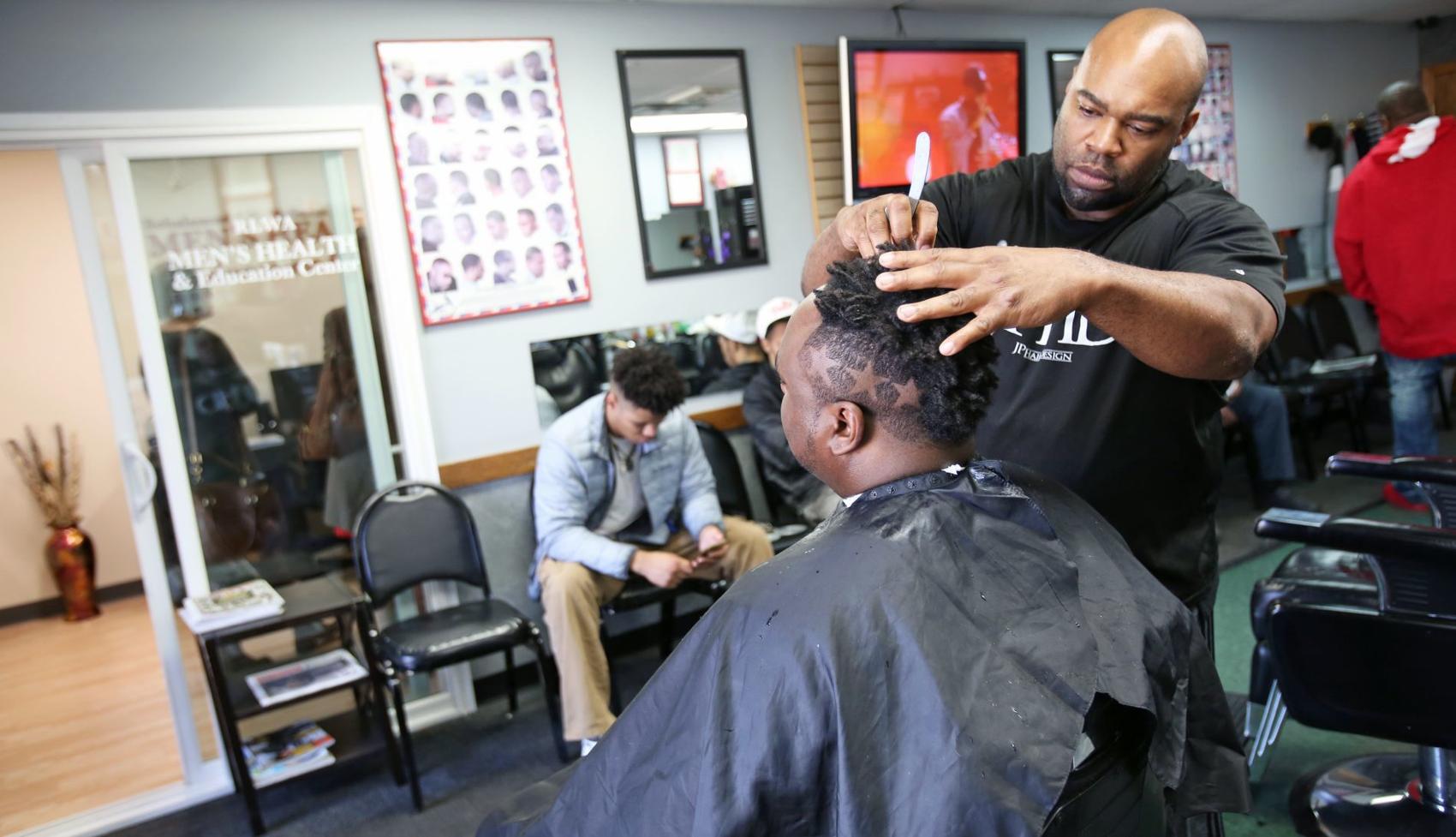 Posted at 15:27h in Health Equity by All of Us Badgers
Share

Last week, a man came in to the Men’s Health and Education Center on Madison’s west side and received a blood pressure screening. His blood pressure was so high that he needed medical attention, but he didn’t have health insurance. He mentioned he’d been suffering from mouth pain for over four years.

Just 72 hours later, he had two teeth removed, was loaned the $2 he didn’t have for prescription painkillers after the tooth procedure, and was on his way to BadgerCare.

“He had just accepted he was going to live with this pain, and now he’s on the road to recovery,” said Aaron Perry, who founded the health center. “He even said to me, ‘Man, where do you come from?’ I said to him, ‘That’s what we do for one another.’”

That man might never have made it into a doctor’s office. That’s why Perry’s health center, located in JP Hair Design barbershop, exists. African-American men face stark health disparities and battle barriers to health care. The barbershop is a welcoming, familiar place to start a conversation about health.

Now, thanks to a $300,000 grant from the Wisconsin Partnership Program, Perry’s initiative will build its capacity and expand to more barbershops throughout Dane County. Read more …