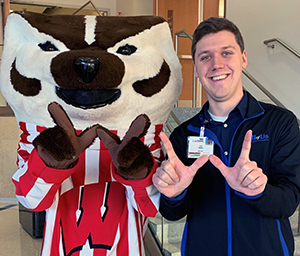 Joel is the Site Manager for the All of Us Research Program at UW-Madison. After receiving a Bachelor of Science degree in Biology from UW-Madison in 2014, he moved to Glendale, AZ where his fiancée attended dental school. During his time in the Grand Canyon State, Joel worked on numerous clinical trials and observational longitudinal studies focused on Alzheimer’s Disease. In that setting Joel established a firm foundation in clinical research, learned the value of clear and concise communication, and displayed an aptitude for treating research participants with empathy and respect.

Missing family, friends, and the elbowroom of the Midwest, Joel and his fiancée moved back to Madison in 2018. Joel began working on the All of Us Research Program in June 2018, shortly after its national launch. As a study coordinator, Joel travels around the Madison area and enrolls participants by recording valuable data, like participants’ physical measurements, and collecting biospecimen like blood, saliva, and urine.

You may also see him around town at various events discussing the program with members of the community. If you do, be sure to stop by and ask him about the program, Badger sports, the Cubs, Daaaa Bears, movies, music, or craft beer. 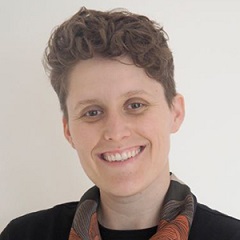 Erica Smith, Research Coordinator Team Lead, is with the All of Us Research Program (UW-Madison site). Smith brings an array of research experience to AoU, having spent several years supporting health sciences and aging-related research at UW-Madison and beyond. Smith previously worked as a Research Specialist in Alzheimer’s disease research – first with Alzheimer’s Disease Research Center (ADRC) and Wisconsin Registry for Alzheimer’s Prevention (WRAP) coordinating neuroimaging studies, and later with the School of Nursing. Prior to venturing into Alzheimer’s disease research, Smith served as a primary coordinator on a national, longitudinal study of health and well-being called the Midlife in the United States (MIDUS) Study. She began her research career at Virginia Tech as a Research Project Assistant for the Virginia Tech Transportation Institute.

Smith earned a BS in Psychology from Hollins University and an MS in Human Development and Family Science from the University of Missouri.

She enjoys interacting with AoU participants and looks forward to talking with members of the community about the AoU Research Program. 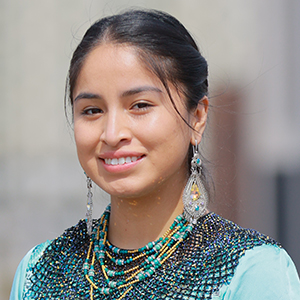 Tatiana is a Research Coordinator with the All of Us research program at UW-Madison. In addition to her role, Tatiana co-hosts the Kichwa Hatari radio program, aimed at reaching the indigenous Quechua/Kichwa population living in the United States. She earned her BS in Biology from the College of New Rochelle in New York and joined the AoU program in March 2021. 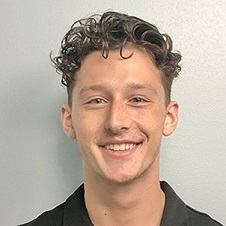 Paul is a Research Coordinator for the All of Us Research Program at the University of Wisconsin-Madison. He’s a UW-Madison graduate where he received a Bachelor of Science in Nutritional Sciences and a certificate in Global Health. As an undergraduate intern in the Paulsen Research lab, Paul gained experience working with research participants on a project that studies biomarkers for those at risk of developing Huntington’s Disease. Paul has also worked with youth through volunteering in middle school classrooms and with an Ultimate Frisbee mentorship program. Though he lives in Madison now, Paul is also quite familiar with Milwaukee—he grew up there!