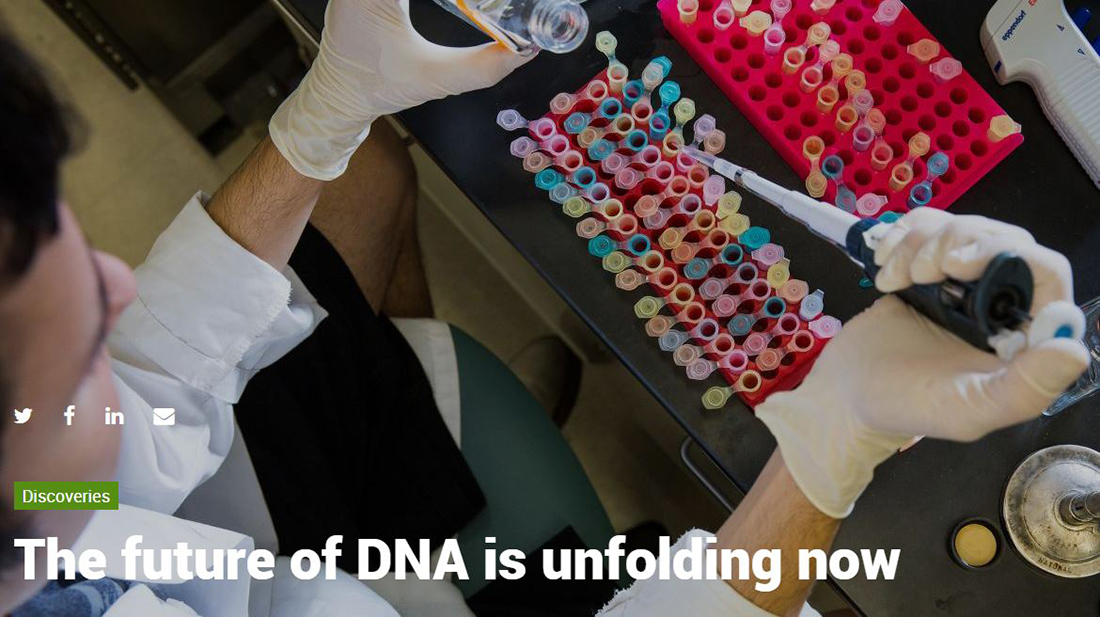 08 Apr The future of DNA is unfolding now

Posted at 12:18h in All of Us, Precision Health, Precision Medicine by All of Us Badgers
Share

Advances in DNA technology bring up fascinating questions about what role it will play in our society, from medicine to food.

An arrest in the decades-old Golden State Killer case.

DNA is clearly changing our reality.

In recognition of National DNA Day on April 25, scientists at Arizona State University took time to reflect on some big questions: What brought us to this point, where are we going from here — and just because we can, should we?

As is the case with most dense subjects, the best place to start is usually the beginning.

Where it all began

The average science novice might point to the Human Genome Project that had roots in the 1980s as the origin of modern DNA science. But it goes back further than that, to the discovery of the double helical structure in the 1950s and the development of the sequencing process in the 1970s that unlocked the genetic information contained in DNA.

“Those were crucial technological breakthroughs that enabled the whole field to unfold,” said Robert Cook-Deegan, professor in the School for the Future of Innovation in Society.

He witnessed firsthand as genomics took on its current form in the late 1980s, when molecular biologist James Watson — the very man who in 1953 had co-authored the paper proposing the double helix structure of the DNA molecule — asked him to lend his science and health policy expertise to the Human Genome Project. Read more …