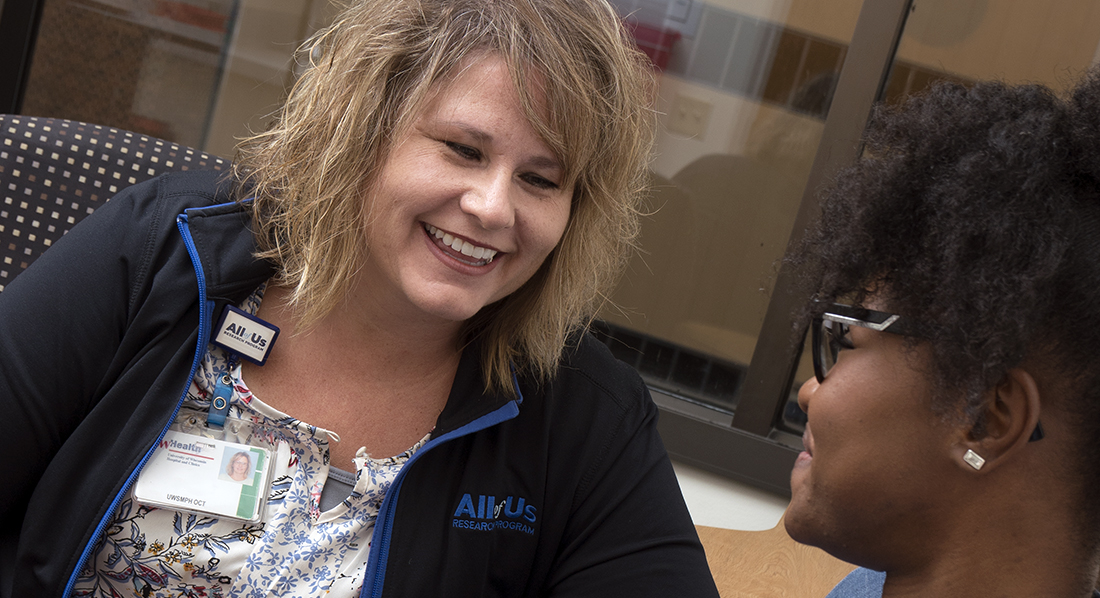 Posted at 09:52h in All of Us, Health Equity, Precision Health, Precision Medicine by All of Us Badgers
Share

A plan to entice 1 million people in the United States to volunteer for a huge study of health and genes is making good progress 1 year after its national launch, organizers said this week. The All of Us study run by the National Institutes of Health (NIH) in Bethesda, Maryland, has recruited 143,000 participants who have already taken surveys and visited a clinic to give blood and urine samples. Another 87,000 have at least registered for the study.

Study leaders say these numbers give them confidence All of Us will reach 1 million participants within 5 or 6 years—although they will need to ramp up enrollment to reach that goal. And they expect to broaden the study’s geographic distribution, which so far largely covers just a few states.

Announced by then-President Barack Obama 4 years ago, the All of Us study, which could cost $4 billion over 10 years, aims to enroll a diverse swath of U.S. inhabitants—citizens or not—who agree to share their health records and DNA on an anonymized basis. Researchers will use the data to develop “precision medicine,” or personalized treatments for others—the study participants themselves can request their genetic data but won’t receive medical help as part of the project. The 143,000 people who have given consent, taken surveys, and visited a clinic for physical measurements and to give blood and urine samples meet All of Us’s original diversity goal: Fifty-three percent are ethnic or racial minorities, far more than the 39% these groups constitute in the U.S. population. (For example, participants with self-identified African ancestry constitute 20% of the study, compared with 13% in the population.) Read more …