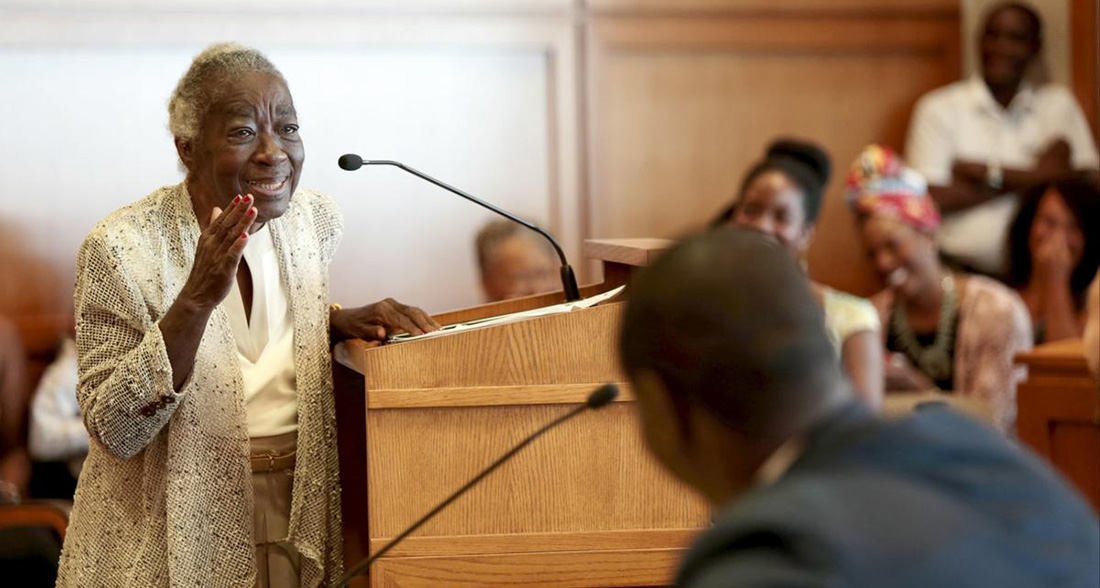 Posted at 23:17h in Community, Community Engagement by All of Us Badgers
Share

By Natalie Yahr, The Capital Times

Milele Chikasa Anana, a Madison community leader and publisher, died Wednesday morning at the age of 86 after choosing to stop dialysis.

For nearly three decades, she served as editor and publisher of UMOJA Magazine, which she launched in 1990 to celebrate the accomplishments and joys of African Americans in Madison. Known to many as “Ms. Milele” or “Mother Milele,” she is remembered as a “champion of positive black news” and a “fierce lover of black people.”

“I have been a publisher, an editor, a social worker, an activist and general hell-raiser,” Anana said with a smile in a 2019 interview on PBS Wisconsin’s Wisconsin Life.

“I didn’t know the city was not ready to offer equal opportunity to black people for jobs,” Anana said in a three-part interview conducted by the UW-Madison Oral History Program. “It was a terrible, terrible resistance,” she said, citing pushback from both City Hall and the companies and unions that worked for the city.

“She was sympathetic and relentless at the same time,” said Rev. Alex Gee, lead pastor of Fountain of Life Covenant Church and founder of the Nehemiah Center for Urban Leadership Development, who pointed out she wasn’t afraid to step to the microphone to address mayors, governors or presidents. “I think she knew that she earned the right to speak truth to power, and power to those who felt disenfranchised.

Soglin called Anana’s contribution to the city and the county “overwhelming,” crediting her with increasing diversity recruitment in the schools, opening employment opportunities for women and people of color, and obtaining public and private contracts for minority and women-owned businesses. Read more …