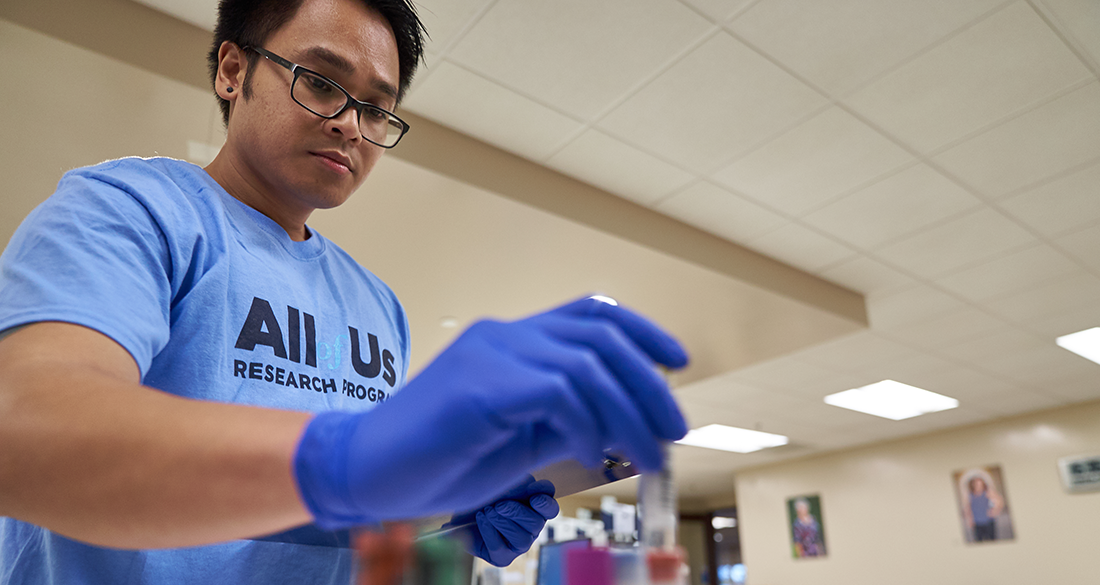 Posted at 10:37h in All of Us, Diversity, Health Equity, NIH, Precision Health, Precision Medicine, Research by All of Us Badgers
Share

In 2009, when Los Angeles resident Estela Mata was 35 years old, her sister, Juana Mata, was diagnosed with lupus.

“And we didn’t know what lupus was back then. It wasn’t really talked about a lot. And she literally almost died,” Estela Mata said.

The Mata family moved to the U.S. when she was just a child. And her mother, who didn’t speak English well, had to learn quickly about the disease. But, treatments for lupus were hard to find. The rare genetic disease still doesn’t have a cure.

“When we found out that lupus was genetic, we’re like, oh, my gosh, like we need to get more involved into clinical trials,” she said.

Estela Mata and her sister found a National Institutes of Health (NIH) clinical trial called the All of Us Research Program and enrolled in Los Angeles. She now works for the program with Scripps Research Institute in San Diego.

The 10-year $1.5 billion tax-payer funded program started enrolling patients in 2018, with the goal of collecting genetic information of 1 million people across the United States.

Half of that genetic information will come from “racial or ethnic minorities.” The objective is to rectify a decades-long problem: most clinical trials have only collected data on white men, and not Latinas like the Matas. Read more …