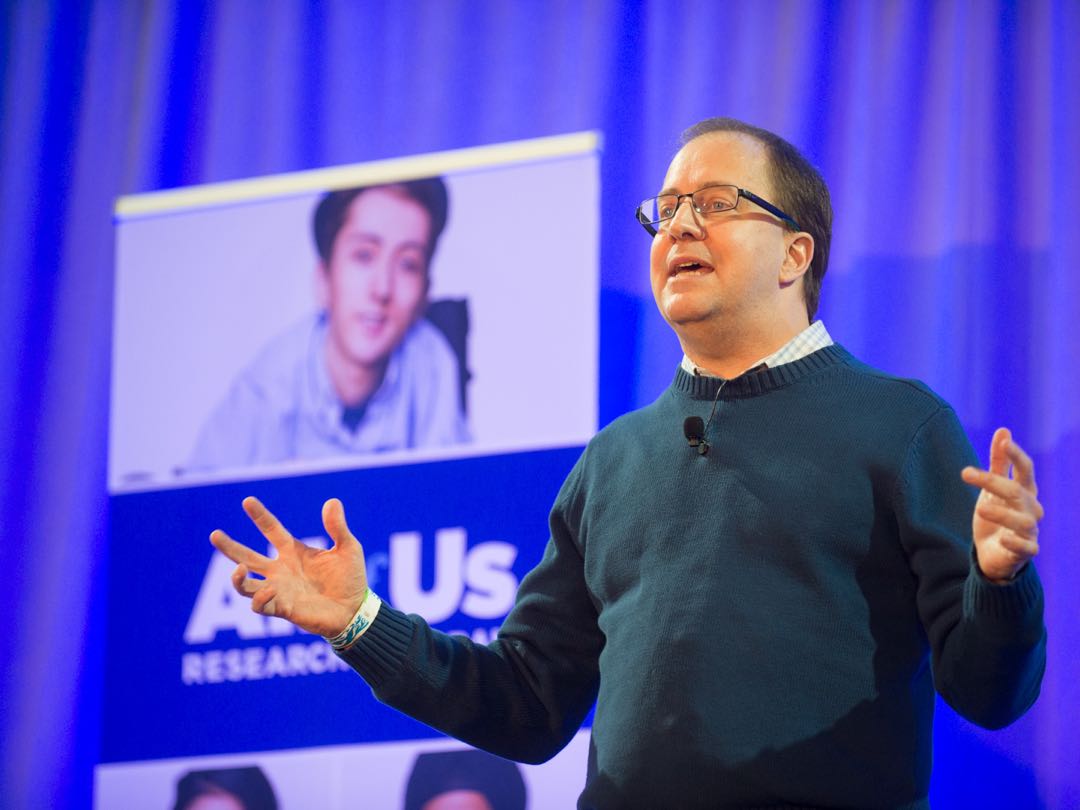 24 Mar Eric Dishman on Paul Allen, Andy Grove, and All of Us

Posted at 12:26h in All of Us, Precision Health, Precision Medicine, Research by All of Us Badgers
Share

It’s been a little over a year since Eric Dishman stepped down as CEO of the National Institutes of Health’s All of Us program and took on the role of Chief Innovation Officer. Before his time building the All of Us research program, Dishman served as an Intel fellow and vice president of the Health and Life Sciences Group at Intel Corporation.

But when he sat down to catch up with Stan Gloss, founding partner at the BioTeam, he credited much of his innovative thinking to even earlier experiences: his own 23-year journey as a cancer patient—finally cured thanks to precision medicine; his internship at Paul Allen’s think tank, Interval; and his early training in acting and improvisation.

“My only skill, actually,” Dishman told Gloss, is, “just playing universal translator when I come into forums with all these teams.”

Gloss and Dishman talked about the impacts of his early training and the roles both Paul Allen of Microsoft and Andy Grove of Intel still play in his decisions. Bio-IT World was invited to listen in. Read more …